How to craft a persuasive speech ?

Rhetoric is the art of persuasion. Aristotle defined it as “the faculty of observing in any given case the available means of persuasion” (Don’t hesitate to have a look at his treatise, it is full of insights into human psychology and behaviours.) Now, the question is: what is persuasion? You might think that persuading is about giving people good reasons to change their opinions. This is just a part of the definition. The only way you can say for sure that persuasion happened is when people not only change their opinions but their behaviours. Giving a persuasive speech is all about this: providing people good reasons to change their behaviour because you want to create a change in the world. Here is template to do just that*.

Before you want to persuade other people you have to be yourself persuaded that a change needs to happen. Ask yourself: what’s wrong in my daily life? It is wrong just for me or is it also wrong for many other people? The first step in a persuasive speech is to describe this problem, this thing that has to change to make the world a better place. Now, the secret is to describe two aspects of this problem: the qualitative aspect and quantitative one. Describing the qualitative aspect of a problem is giving your audience a taste of the depth of the illness, a view of how harmful it is. To give flesh to your problem, the best way is to tell a story and to illustrate it with vivid pictures. Describing the quantitative aspect of a problem is giving your audience an idea of its scale. The best way is to provide statistics.

Once your identified and described your problem, you have to identify its cause. Who or what is to blame? Does the problem originate from bad laws? From bad behaviours? Is it a matter of insufficient awareness? Identifying the cause is a crucial step in the persuasion process. The more accurate you are in identifying it, the more effective the cure will be.

When you move to the presentation of the cure you have to be as concrete as possible. You cannot persuade people with vague and idealistic ideas, you need to provide a roadmap. The last step is to engage your audience in the journey.

4. The call to action

Calls to action have a bad reputation nowadays. There is a good reason for that: we are submerged by calls to action (“click here”, “register there”, “donate here”). The problem with those call to action is that they don’t respect our intelligence. You probably received one of those messages: “Keep watching and I’ll give 5 powerful tips to become millionaire in two weeks without moving from your home”. This is neither believable nor stimulating (Who can be proud of becoming rich with no efforts?). So here is what you need to do: propose your audience an action with a meaning, something that they will feel proud and useful when doing it.

Let me now illustrate this template with an example:

After a week of work, I used to like relaxing by going for a walk in my neighbourhood’s public park. I don’t enjoy this anymore. To tell the truth: I find it quite depressing. Lawns, benches, groves are disfigured by picnic remnants, empty cans, fast food leftovers, cigarette packs, thrown away by negligence or malice. We must face reality: our cities, our countryside, our streets, our roads, our beaches, our forests are becoming more and more dirty.

We could blame the lack of public bins, the inefficiency of cleaning services, the lack of cleanliness culture in a growing fringe of our populations, the irrationality of industrial packaging…. But these are factors on which we have little room for maneuver. What if, instead of lamenting, we become soldiers in the fight against dirt?

That’s what I’m suggesting. Get into the habit of picking up, from time to time, a can or a pack of cigarettes lying in your street. If you’re afraid of getting dirty, put on some gloves. Then, throw the waste in the nearest trash bin. It is a small move, which costs you nothing and changes everything. Through this gesture, you become a protector of your city, you help to improve your environment and that of your neighbors. 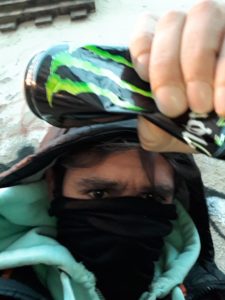 Let’s think bigger: you have the power to start a real revolution. Before throwing the waste you picked up, take a picture. Then share the photo on the social networks with a comment like: « picked up in the street, thrown into the nearest trash bin, we’ll win the fight against dirt! ». In doing so, you show others how to do it. In doing so, you show your solidarity with those who, like you, are fighting a daily battle for a more beautiful planet. To inspire you with those who are already engaged in the struggle against dirt, it’s here.

*This model is know as “stock issues”. If you want to learn more about it, have a look this post from Jeremy Porter. 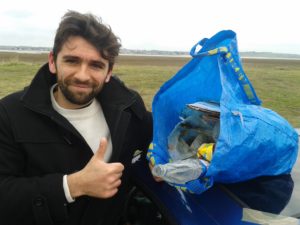